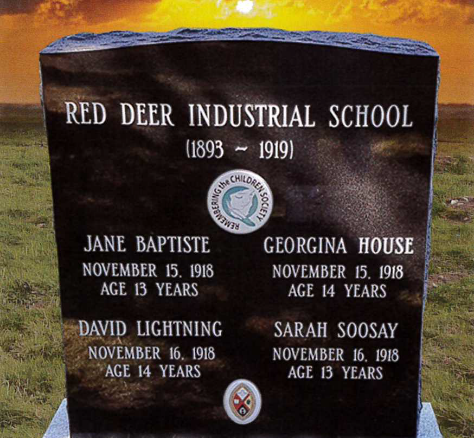 35 people gathered at the Memorial that honours the children buried at the Red Deer Cemetery  during the 1918 Spanish Flu Pandemic. Many children were forced by the government to attend The Red Deer Indian Industrial School which opereated from 1893 to 1919. The school was built by the government with poor heating and saniation and limited resources.  The  children  were forced to leave their families and suppress  their language and culture. Many died.