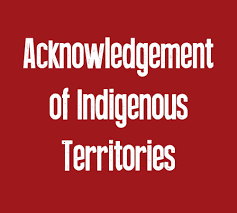 Sunnybrook United Church respectfully acknowledges the traditional territories of the First Nations and Metis of this region. For many thousands of years, First Nations have sought to live with respect for the land and all its creatures. They offered assistance to the first European immigrants to this territory and shared their knowledge for survival in what was at times a harsh climate. The Red Deer River Valley has long been a meeting place between the Plains Cree, Saulteaux, Tsuu T’ina/Sarcee, Stoney/Nakoda, Kainai/Blood, Piikani/Peigan, and Siksika/Blackfoot First Nations. We are also located within Region 3 of the Metis Nation of Alberta. The Red Deer River is the boundary between Treaty Six territory to the North, and Treaty Seven territory to the South. Those Treaties and the Royal Proclamation of 1763 are acknowledgements of the relationship between the Crown in Canada and Indigenous People as one of nation to nation. Sunnybrook United Church has sought, over many years, to contribute to respectful relationships between Indigenous and non-Indigenous People. Sunnybrook proudly displays in the sanctuary an eagle feather, blanket and other items given us in gratitude for these efforts. Members of our congregation, especially Dr. Don Hepburn and Dr. Lyle Keewatin Richards, have also contributed significantly to remembering the children of the Red Deer Industrial Institute (1893-1919). The work of living into right relations among the people of this land and its creatures remains a continuing commitment for Sunnybrook United Church.”