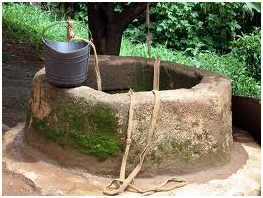 In the gospel according to John Jesus speaks of himself as the trustworthy guide who can show the way because he alone has made the journey from and to God.

We encounter in these statements what is sometimes called the “scandal of particularity.” And it is scandalous to claim that of all the people who have ever lived, this Jesus is the only one who mediates abundant life and reveals God’s presence. What about the Buddha? What about Mohammed or Bahaullah or Mary Ellen White or Joseph Smith or any of the other gurus and prophets and spiritual leaders who have revealed a new path to their followers? What about science and the scientists who have contributed so much to the abundance and longevity of our lives?

These are important questions. They have always been important, but as the world becomes a global village and people of other faiths are increasingly our neighbours, they become ever more so. There are a couple of things that need to be said in response to these questions. The first is that Jesus is not identical with Christianity...

The second is that Christianity is a means to an end... The pathway is not the destination. All religions are human responses to experiences of the sacred.