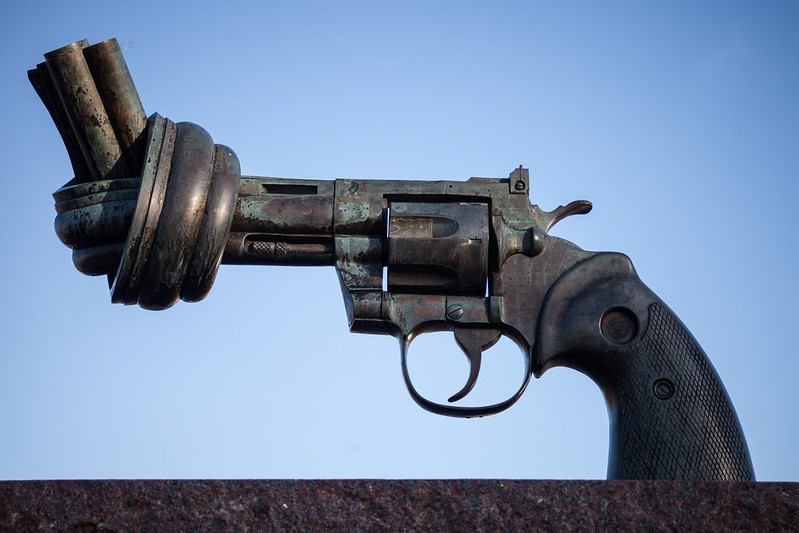 Just over a year ago, on October 27, 2018, a gunman carrying an assault rifle and three handguns entered the Tree of Life synagogue building in Pittsburg and opened fire. Shouting that “all Jews must die” he moved from room to room in the large building, shooting people wherever he could find them. By the time police apprehended the injured gunman, eleven people had been killed and at least six injured.

How does a community respond to such a traumatically violent event? What you can’t do is just shrug and say, “It happens.” To do nothing, in the face of such horrible violence, is to excuse and allow and treat it as normal. But it is not normal; it is not excusable, and it must not be passed over. The violence must be challenged and rejected in order to establish peace and justice. In the language of the prophets Isaiah and Micah, how do you take the swords and spears of violence and turn them into something else? How do you respond to violence and trauma in ways that beat the swords into ploughshares and the spears into pruning hooks?

The Squirrel Hill neighbourhood in Pittsburgh, where the Tree of Life synagogue is located, offers some lessons in how to do that.