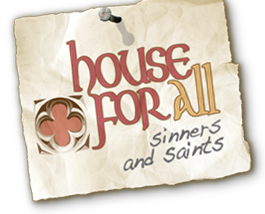 In the story we heard today, Jesus tells about two people praying. One is a respectable leader in the community. Others look up to him but he is still wounded, and you can hear it in his prayer: “I am so grateful that I am not like other people. I am so grateful that I am superior to others.” He is insecure, and trying to bolster his self-esteem by looking down on other people.

And then there is the other character, this tax man. In that culture, tax collectors were especially despised as collaborators with the Roman occupation, so the tax man enters the presence of God but stands far off, unable to lift his head or stand up straight. And his prayer is a simple one: “God, give mercy. Forgive me, a sinner.”

This is a better prayer, because it a more honest prayer, but it still isn’t a great prayer. In truth, neither of these guys is really very healthy, and their prayers reflect their lack of health. One of them is full of pride, the other full of self-recrimination. One looks down on others, thinking he is better than them. The other looks down on himself, unable to recognize a God who loves him just as he is.

I really believe that rather than looking down on others or looking down on ourselves, we need to learn to laugh at ourselves. Laughter, I think, is one of the greatest signs of health. We need to learn to look at our failings, our problems, our faults and flaws, with something like a sense of humour, not trivializing them, but also not taking ourselves so seriously. And because we know we are loved unconditionally, sinners and saints at the same time, we can live with joy and laughter.